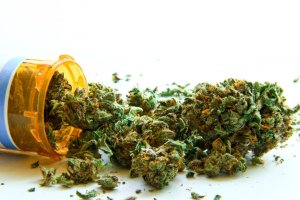 The elections going on now is very interesting in that three states have a measure on their ballots to legalize or decriminalize marijuana and to regulate it like Alcohol. Leading the country in this effort is Colorado.

In numerous other states, there is a movement towards MMJ or Medial Marijuana. This is not about people who just want to get high, but about controlling the amount of money spent in prosecuting Marijuana related crimes, while creating a revenue stream for the individual states that vote it law (i.e. excise taxes).

Whether you live in one of these states or not, the trend is on the rise with 15 states who already have passed Medical Marijuana Laws, where do you stand on the matter?

In Los Angeles, where I live, there has been numerous crack downs. Here we have the issue of MMJ being legal statewide but not federally and in some cities. You can see here just how many dispensaries exist in Loa Anageles. I have heard over 800 and many operate illegally without any city permits.

I think the government also need to stop these crackdowns and side with the states. Otherwise, what use is the states running their own laws?