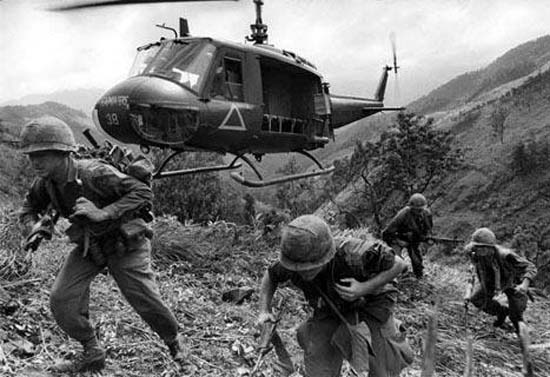 The Cold War was not a war in the traditional sense of the word and pretty much the Cold War was a contest between ideological, economic, and political systems between USA and Soviet Union. The Cold War was characterized by a heightened state of tension over a long duration, which was made all the more dangerous by the fact that after 1949, both the U.S. and the U.S.S.R.” (Cold War Home Front, 1945-19 Jon Timothy Kelly) During the Cold War Era the United States was all about promoting democracy. American Citizens were capitalists and the Soviet Union, they were the ones who strongly wanted to spread communism everywhere. However, the United States didn’t want any of this communism to be influenced or established in their country, so, with Harry Truman as president, he created the policy of containment. He created that policy of containment to make sure that United States will not be influences by Soviet Union and their forced communism. He also created the Truman Doctrine that doctrine was basically the same thing, but here he made sure that Greece and Turkey would not fall under communism. In a result the United States did not favor the Soviet Union with this actions and that is why we (United States) split out ways with Stalin. (Harrison & Dye)

At the beginning the Americans thought that Russian (Soviet Union) enemy was weak and will not be that big of a threat to them. However, United States was proven wrong because the Russian could beat them in the Cold War and do so much damage to their country. The US feared nuclear attacks from Russia and the start of World War Three.

There were a lot of really concerned people who took a lot of precautions for the Cold war and would build bomb shelters in their backyards collect necessary food to be able to survive in case of really bad and hectic days. And on the other hand everyone else just learned to live with it and wait to see what is going to happen next by moving on with their daily living. Pretty much people did not stop living because of the Cold War Fears, they were always hoping that something good is going to happen and everything will be back to normal.

If I had to face an attack I would make sure to have everything prepared and ready to be able to protect my whole family and keep them alive. I would definitely dig save bomb shelter, collect a lot of food, supplies, warm clothing and also ways to keep my family living under the ground, since we would have no idea how long that bombing and that danger would last. So, I would do whatever it takes to protect my family and provide supplies for them to survive.

With my understanding and what whatever research I have done regarding this topic I realized that the politics of the Cold War is very difficult to confer. Because so much of the information about the Cold War is locked up in Washington and Moscow and we will never be able to get a hold of the entire information and be able to revile the whole thing. I would say that theories about the politics of the Cold War can be categorized into two parts. One is that both sides were
trying to expand and/or contain. The other on will be about some men’s money interests or pertaining to money. The policy that dominated eastern politics was the Expansion Policy. They had this policy because they believed that if communism didn’t spread it would die. The policy that dominated Western politics was the Containment Policy. What the West wished was to stop the spread of communism. The U.S. believed that if Western Europe was strong then it would
block the spread of communism. So they came up with the Marshall plan that would give economic aid to western European countries with did strengthen western Europe. ( David Farber, The age of great dreams: America in the 1960s)

I strongly believe that one of the most important things the United States was really afraid of during the Cold War was that one of the Soviet Union’s little military adventures would get out of hand and spark WW III and a nuclear exchange. People would not think that USSR was going to invade the United States, however, in the neighborhood of 1,000 nuclear warheads being distributed across United States landscape would definitely be a big deal and was a “specific threat” to every American citizen for most of the Cold War.

In other words, nuclear War was pretty much the only real and big threat. The Threat of Global Thermonuclear War reached its peak after the USSR sent Nuclear ICBMs to Cuba in response to the US having put Missiles in Turkey. War was averted by the US and USSR agreeing to remove missiles from Cuba and Turkey. (2005-7, Henry J. Sage)

And for a conclusion my question will be, “What would happen to Cold War if USSR did send Nuclear bomb to United States? Would we go for World War Three or we would give up?”

David Farber, The age of great dreams: America in the 1960s